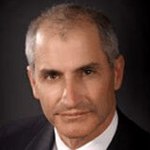 Mr. Keller has successfully tried numerous complex toxic tort and environmental cases to verdict in the course of his career. He has also been lead counsel in corporate governance cases seeking to vindicate the rights of shareholders of public companies, as well as class action cases on behalf of defrauded shareholders and consumers. Mr. Keller is admitted to practice in the state courts of New York and Washington State, and has been regularly admitted to practice for the purpose of individual cases in state and federal courts throughout the country.