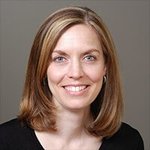 Ms. Gore has devoted her career to remedying corporate wrongdoing. She spent nearly two decades at Chitwood Harley Harnes LLP in Atlanta specializing in a wide array of class action litigation against some of the country's largest companies, subsequently forming Kaplan Gore LLP with two of her Chitwood Harley partners, Darren Kaplan and Greg Keller.

In 2014, Ms. Gore was named among the Top 150 Plaintiff Women in Litigation and a Local Litigation Star by Benchmark Litigation and she was honored as a “Super Lawyer Rising Star” three years in a row. She has been a repeat speaker and author for the Institute of Continuing Legal Education and frequently serves as a panelist for the Securities and Corporate Litigation Subsection of the Atlanta Bar Association on the topic of class actions.

Outside of work, Ms. Gore, who is Ukrainian-American, has a lifelong commitment to Ukrainian causes. She enjoys volunteering as a cross-country coach at her daughters' school and rescuing hopeless Dobermans.