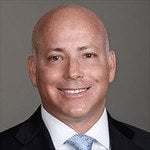 Mr. Kaplan is the managing partner of Kaplan Gore LLP. He received his B.A. degree in political science from Syracuse University in 1988 and his J.D. from Hofstra University School of Law in 1991. He was admitted to the Connecticut Bar in 1991, the New York Bar in 1992 and the Georgia Bar in 2006. In addition to the state courts of Georgia, New York and Connecticut, Mr. Kaplan is admitted to practice in every federal district court in New York, the United States District Courts for the Northern and Middle Districts of Georgia, the Northern District of Florida, the U.S. Court of Federal Claims, the U.S. Court of International Trade, the Second, Third, Fourth, Ninth, Eleventh and Federal Circuit Courts of Appeal, and the Supreme Court of the United States. In 2017, Mr. Kaplan led a team of lawyers who argued for federal appellate jurisdiction over voluntary dismissals of class actions following denial of class certification in the Supreme Court of the United States in Microsoft Corporation v. Seth Baker, et al., 15-457.

Mr. Kaplan splits his time between New York and Georgia and has more than two decades of experience representing victims of corporate wrongdoing. Prior to launching the Kaplan Gore firm, Mr. Kaplan ran the New York City office of Stueve Siegel Hanson LLP—one of the largest plaintiff's contingency firms in the Midwest. Before that, Mr. Kaplan was a partner at Chitwood Harley Harnes LLP, where he represented investors and consumers in class actions. Prior to that, Mr. Kaplan was a partner at Harnes Keller LLP in New York City (which merged with Chitwood & Harley LLP in 2004), where he litigated in the areas of corporate governance, investor rights, product liability and consumer protection.

Mr. Kaplan is often interviewed by national and international press on class actions and consumer rights and articles about him have appeared in numerous media outlets including The National Law Journal, Business Week, MSNBC and the Seattle Post Intelligencer. He recently appeared on the BBC Television program Watchdog and Television New Zealand's Fair Go.

Mr. Kaplan is a New York Metro Super Lawyer® and is AV® Preeminent™ Peer Review Rated. In 2019, Mr. Kaplan was selected as a "top 100" trial lawyer by the National Trial Lawyers, an invitation-only organization composed of the premier trial lawyers from each state or region who meet stringent qualifications as civil plaintiff and/or criminal defense trial lawyers. He has been selected as a top 100 trial lawyer in every subsequent year. Mr. Kaplan is a member of the American Bar Association, the New York State Bar Association, the State Bar of Georgia, and the New York City Bar Association (Litigation Committee). Mr. Kaplan most recently served as the New York Democratic Lawyers Council's head coordinator of voter protection for Nassau and Suffolk Counties during the 2020 general election.